Almost all stories of Far Eastern, especially ancient Chinese, Korean, Indian, and Japanese arts, warrior, or martial arts, often begin with the biographies of their founders, or living successors. Nanbudo is a relatively young martial art that combines these three roles in one character, more precisely – in one person. It is truly one of the few budo schools that had, until recently, had a living founder (doshu) and leader (soke). Yoshinao Nanbu Doshu Soke, head of Nanbudo and Sankukai Karate school was born in 1943 in Kobe, Kansai region, at a time when Japanese martial arts were almost unknown in Europe, except for Judo and many styles (Ryu) of Karate. Yoshinao Nanbu was born in an environment that was prolific in a martial sense. His father was a famous Judoka, an instructor at a nearby police school, where he taught both Japanese and American Judokas, while his grandfather carried the title of famous Sumo wrestler (Yokozuna).

Nanbu's martial scholarship, therefore, began by learning Judo at his father's school, and soon after, after entering a nearby school, he became a student of both Iaido and Kendo, traditional Japanese swordsmanship school (Kenjutsu). Before his college days, young Yoshinao was also introduced to the basics of Kobudo and classical Kobujutsu, the Japanese-Okinawan weapons’ art. Before the age of eighteen, he enrolled at the Faculty of Economics in Osaka, where, attracted by the traditional values of Budo spirit, he began to study modern martial arts systems, primarily Karate and Aikido.

He soon became a student of Chojiro Tani (8th Dan), who was teaching classical Shitoryu Karate at the time, following the method of the Mabuni family. Mostly because of his determination, Yoshinao became the captain of the university Karate team, and in 1963 he won the title of student champion of all of Japan, winning a major competition in which more than a thousand of Japan’s best fighters participated. Young Nanbu defeated the famous Japanese master Ahiyama in that competition and immediately gained an enviable reputation in the world of martial arts. In the same year, as a young master and a promising competitor, he was promoted to the title of 4th Dan in traditional Karate (Shitoryu).

Nanbudo, in essence, removes all forms of external power, at the same time it enables the acquisition of inner strength, a strength that is confirmed every day by a positive attitude.Life is a constant renewal of that positive energy.Let's try to accept the natural cycle we live in and fit into it using all our senses! This wonderful feeling is the foundation of our creative power. she tells us: let's give her an answer, let's imitate her!

His plans for the future were clear – to expand martial arts and the idea of traditional Budo values. The opportunity to achieve his goals was provided by the French Karateka Henry Plee, who at that time was one of the most famous masters and promoters of classical Japanese martial arts in Europe, today holding the highest title in Karate outside Japan (10th Dan), confirmed by The Japanese Karatedo Federation. In 1964, Yoshinao Nanbu arrived in Europe, in a small French dojo of Montagne Sainte-Genevieve, as a top competitor and a skilled Karate instructor, who would soon develop his own system and school of Karate – Sankukai.

He went to Europe with two hundred dollars in his pocket, with a guarantee from the Japanese government, so he had to survive in Paris by teaching Karate, Judo and Aikido. He soon became the captain of the French Karate team and won many European and world championships and international cups. In 1968, Nanbu returned to Japan. It was that year that Chojiro Tani entrusted him with the duty of promoting the Shukokai school of Karate in Europe. Even then, Yoshinao Nanbu introduced his practitioners to his own idea of Tenshin, a technique of dodging the attacker's line of attack, which should replace hard Karate blocks, and which would become a key to forming Sankukai Karate legacy and Nanbudo as a system of soft martial arts (Jutai Jutsu). Due to conceptual disagreements with a longtime teacher, Nanbu abandons Tani’s Shukokai school and method and establishes his own style, which he eventually calls Sankukai Karate.

In Europe, this style was extremely popular, and among the most numerous Nanbu’s seminars were those in the former Yugoslavia. Indeed, the history of Karate in this area is closely linked to the charisma and character and work of Yoshinao Nanbu, who was among the first Japanese masters to visit the former Yugoslavia. In 1976, after disagreeing with Tani's conceptions and after many conflicts within the great Sankukai Karate family, Yoshinao Nanbu finally realized that he was not satisfied with the newly created art, which had a large number of followers in Europe and Japan, so he went to the natural environment of Cap d'Ail in southern France, where, in total isolation, he remained until 1978, when he finally presented Nanbudo to the general public, with a demonstration in front of the prince Rainer’s family in Monaco. From that moment, which can be considered as the birth date of this martial art, Nanbudo, as a martial or therapeutic system, has developed in many countries. 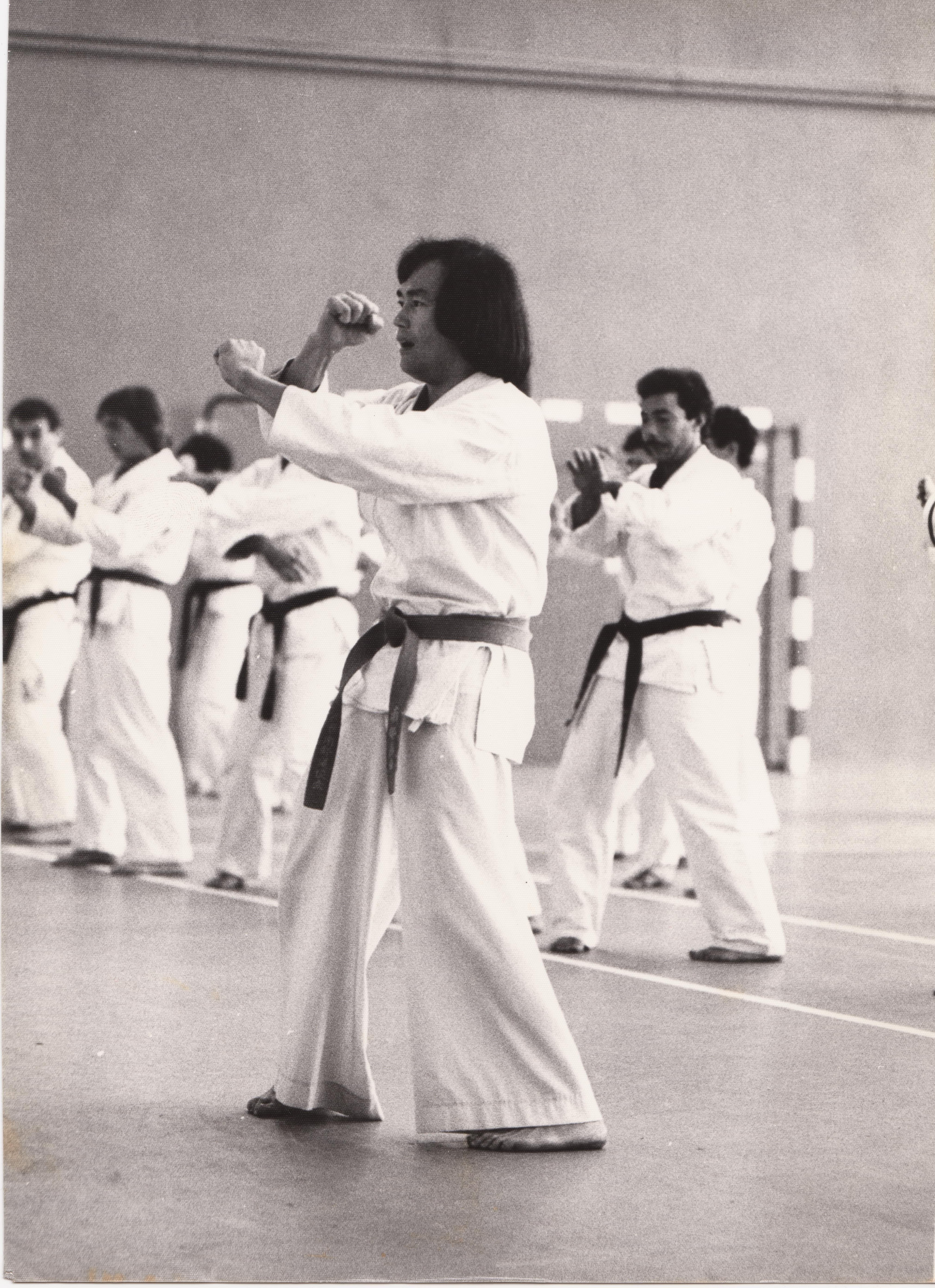 The most diverse aspects of Nanbudo can attract completely different profiles of practitioners. This means that each Nanbudoka does not fully adapt to this art, but partially adapts it to his own needs and abilities. These aspects are: Budoho, the martial art segment, which consists of a large number of leg and hand techniques, throwing and sweeping, throwing, dodging and circular blocks, active self-defense or Goshinjutsu, techniques of using traditional Japanese weapons, bo and bokken; Kidoho, energy-therapeutic part of Nanbudo, consisting of active and passive meditation, Japanese gymnastics, energy-accumulation exercises, breathing exercises and respiratory system forms; and finally, Noryokukaihatsuho, a complete system of mental training and training for life, which is based on the idea of seven strengths, or the idea of Nnanbudo Nanatsu No Chikara.

Some of the basic exercises included in the Kidoho aspect of the nanbudo are: Nanbu Keiraku Taiso (a system of meridian therapy consisting of seven exercises, or smaller forms, structured according to various acupressure-stimulatory techniques that cover the entire energy potential of the human body, acting on energy centers or points), Nanbu Shizen No Ki Undo (a system of seven meditative forms, which stimulate the energy flow, entirely based on a combination of active meditation techniques and breathing techniques), Nanbu Tenchi Undo (a system of micro-technics, blended into seven micro-katas that connect respiratory techniques and traditional Japanese gymnastics), Ki Nanbu Taiso (traditional Japanese gymnastics in which different energy centers on the body are treated, a combination of bodily and respiratory techniques; it consists of ten smaller forms that mimic the movements of natural phenomena, such as wave, wind, rock, pine, heron, snake, dragon, butterfly, waterfall, sun), Nanbu Ki Undo (complete system of passive and active meditation based on the principles of autosuggestion, with its main goal to stimulate energy centers in and on the body, primarily through various stimulating exercises), Kokyu Waza (breathing techniques that are combined into a complete system of active and passive meditations; when performing them, attention is often shifted to the mode of breathing (Kokyuho), such as e.g. in Asanokokyu (morning breathing) exercises). 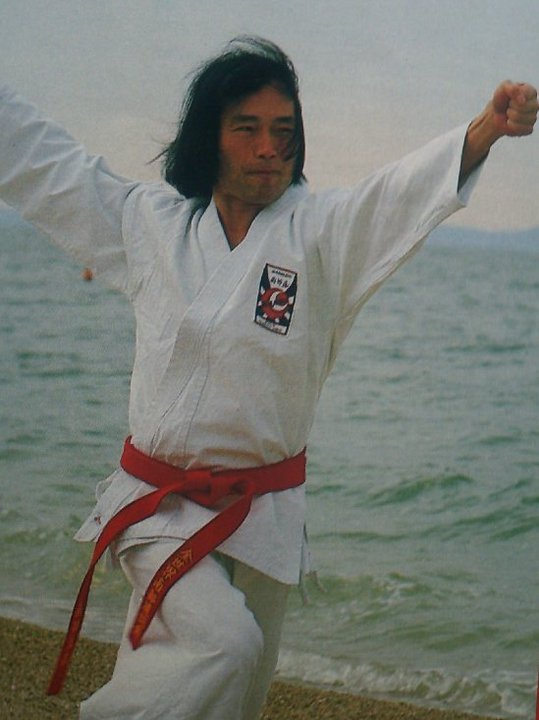 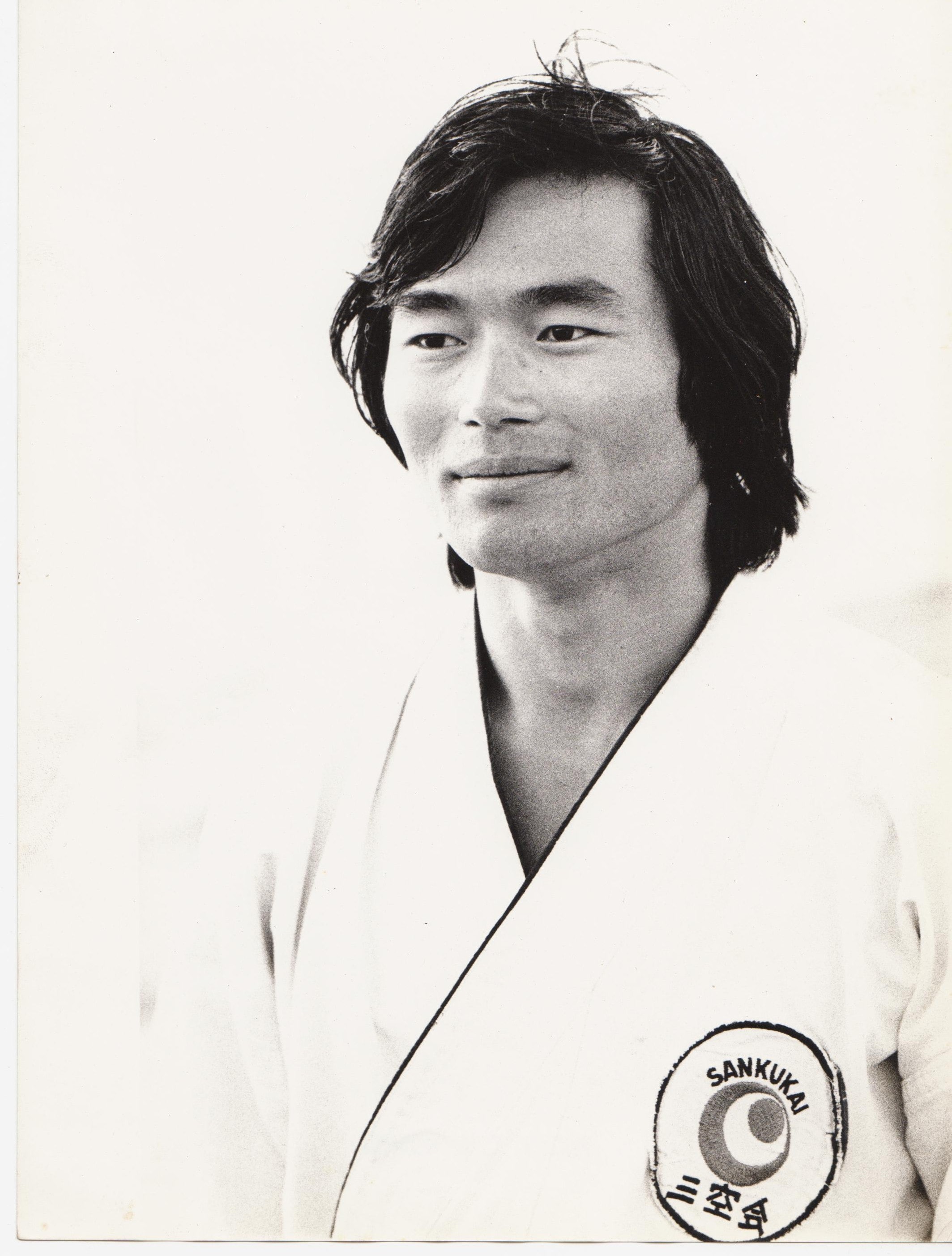 Nanbudo can be practiced by all ages, and Croatian clubs perhaps exemplify this as well, because they have exercisers from six years to a more mature age. Training requires traditional Japanese equipment, Nanbudogi (kimono), and Nanbudoobi, a belt, which is worn in accordance with the level of knowledge or advancement in the art.

The meaning of Nanbudo is still hidden today in the concept of its infinity and incompleteness of the skill, as it has changed greatly since its beginnings and has never ceased to develop. Therefore, it rightly deserves the name of a living skill. The best and perhaps most complete definition of Nanbudo as an art was given by Doshu Nanbu in the preface to his book Nanbudo: Martial Art for the 21st Century (Nanbudo: art martial de l'an 2000, Toulouse 1991): "Nanbudo, in essence, removes all forms of external power, at the same time it enables the acquisition of inner strength, a strength that is confirmed every day by a positive attitude.Life is a constant renewal of that positive energy.Let's try to accept the natural cycle we live in and fit into it using all our senses! This wonderful feeling is the foundation of our creative power. she tells us: let's give her an answer, let's imitate her! "

Yoshinao Nanbu died in 2020, after a long and severe illness.