Different aspects of Nanbudo can be integrated into everyday activities. We should have in mind that Nanbudo is, above all, a Japanese Budo, that draws its roots from traditional Japanese somatic practices. In that sense, it is also a way of peaceful conflict resolution and a form of communication, completely adapted to modern people, their life habits, everyday needs, problems that arise etc.

Although they have lost its popularity in the last few decades, Far Eastern martial and therapeutic arts are still quite widespread in Western societies today. Japanese society is not exempt from this decline in popularity, as it is losing interest in both modern and ancient martial arts (Koryu bujutsu and Budo). One of the reasons is probably that they are considered too complex today, and they are accompanied by a kind of aura of esotericism, or mysticism, which is difficult to accept, both in a completely globalized world and in modern Japan.

After American forces left Japanese soil in 1952, many martial arts, for example, were immediately incorporated into the education system, both in Japan and in other Western countries, such as Australia or America, either because of the pedagogical values they promoted or because of lavish cultural capital and significant role they played in the preservation of national heritage, local culture. The martial and therapeutic skills of ancient Japan underwent a transformation over time, adapting mainly to the Western notion of sports or the entertainment industry. About half a century ago, many somatic practices of Japanese Budo, such as Judo, Kendo, Karatedo, and later Kyudo, Sumo, and Aikido, became members of the Olympic family of competitive sports. In 1977, thirty years after the U.S. Allied Forces imposed a ban on the practice of Budo, the nine strongest (national) alliances of Japanese martial arts decided to establish Nippon Budo Kyogikai, with the aim of preserving Budo as a constituent part of Japanese cultural heritage.

The Japanese term Jutsu refers to such a somatically and kinesthetically ritualized and extremely effective use of technique, which in feudal Japan could be counted on in the context of survival on the battlefield, in a threatening warrior environment, either through the use of spears, sabers, swimming skills, combat tactics or strategic actions. Jigoro Kano points out, commenting on Jutsu, that not all traditional training methods are worthy of attention, but that, with some modifications, somatic training of Japanese Budo could very well become an effective means of developing an individual's intellect, physical fitness and morals. 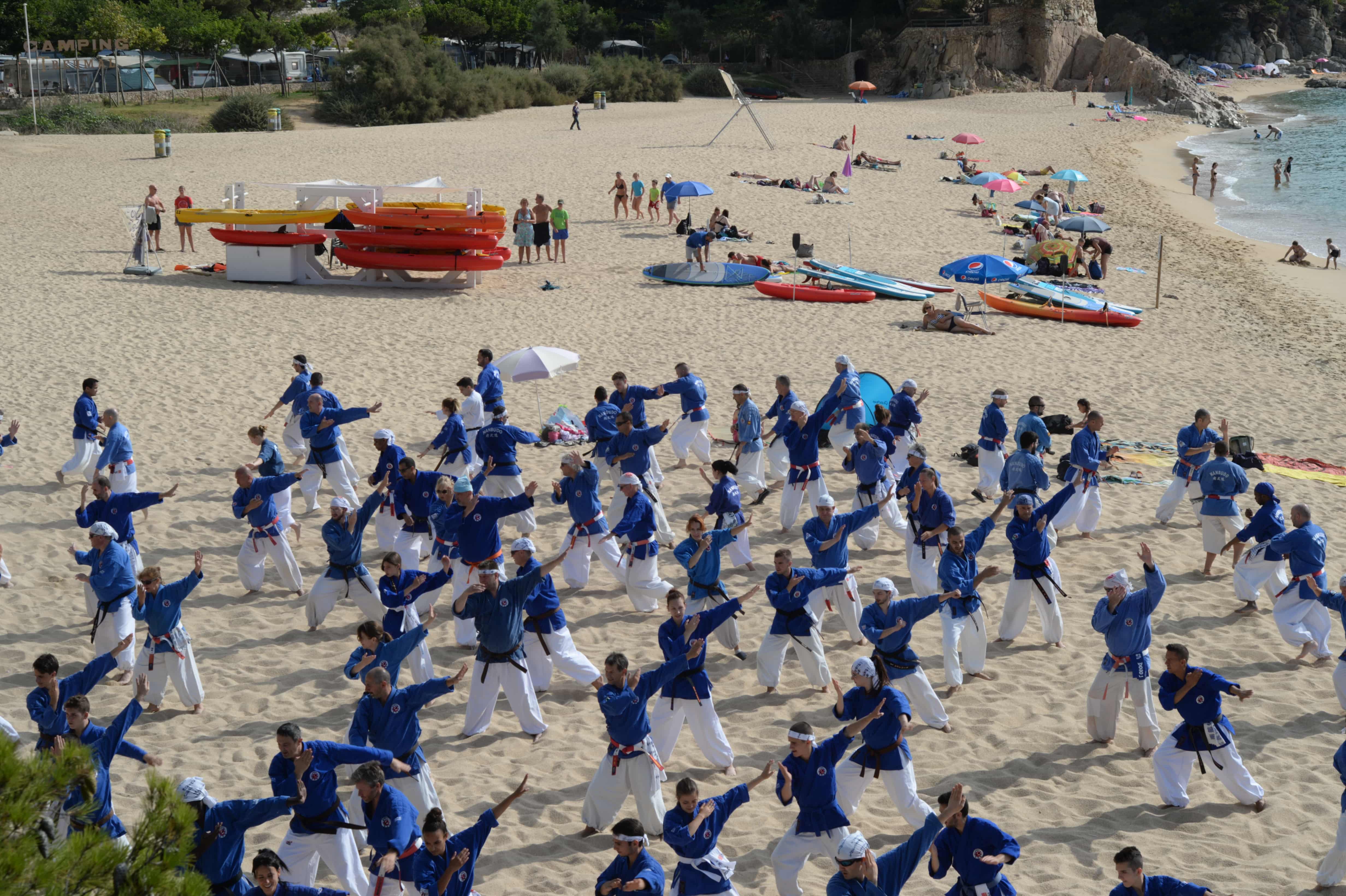 The ritual-formalized system of the Japanese Budo can therefore be defined as follows: first, as a system of complex structures of movement and unconventional, dehabitualized physical practices; second, as a system of movement deeply rooted in Japanese culture, through norms, conventions, customs, or “body techniques” common to, for example, dance forms, tea ceremonies, calligraphy, kabuki, and no-theater; and third, as structures of movement that are conventional, standardized, and always involve pre-formed techniques and special skills that are transmitted by inheritance (iemoto).

The concept that the human body can be shaped and reshaped by skill or technique, namely, is central to all Japanese somatic practices. As is often pointed out, precise imitation and repetition of given patterns of action, shown by teachers, is a method of learning in all traditional Japanese arts and a desirable model of adaptation in Japanese culture in general. Teachers mainly rely on a nonverbal and kinetic model of training. In this sense, the importance of formal learning, kata geiko, should be interpreted in all Japanese performance practices. The repetition of a precisely predetermined structure of movement, of a precisely shown sequence, not only leads to perfection and some form of "technical purity", but on the contrary, conditions profound changes in one's own conception of the body (body-self or body-image).

It can be seen that most such systems are deeply incorporated into the broader systems of Japanese martial or therapeutic arts, mostly by their therapeutic component and some form of self-development, commonly called shugyo in traditional Japan. Indeed, all known forms of Japanese Budo possess some highly structured, sometimes ritualized, often choreographed system of exercises, which is most often performed at the beginning or end of training. Furthermore, the systems of such exercises, no matter how different the martial arts may be, are almost always similar or, in other words, probably possess some common origin. Just as the roots of modern Japanese martial arts should be sought in Korya Budo, so should the meaning of the aforementioned psychophysical forms of training be sought in the sophisticated exercises that existed in traditional Japanese martial arts. Some of these forms of exercise are associated with Indian, Chinese, or Japanese medicine, while others are associated with various forms of ascetic-meditative, even religious practices. 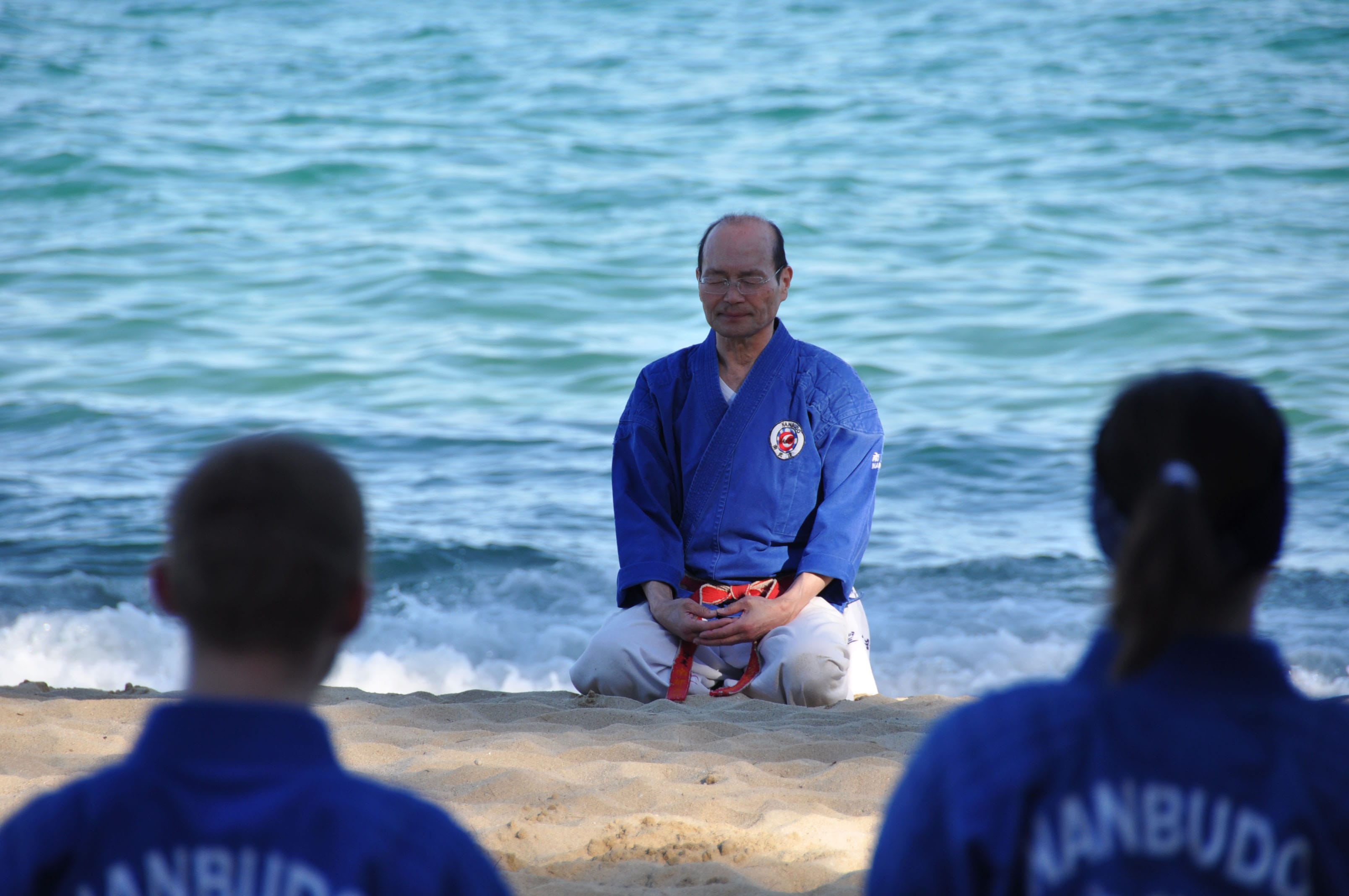 In the terminology of the Japanese Budo shugyo is just that, some form of sudden falling out of the trivially structured continuum, where there are immanent and almost utopian rules, some spatial unity (dojo or laboratory), a specific bundle of relationships etc. Shugyo is some immanent vita contemplativa and some ascetic enclave of private, intimate self-development. The unification of such natural vitality and psychophysical balance is one of the main goals of all Eastern ascetic and self-cultivation practices. In the Japanese tradition, this is called shugyo, shugendo and kaihogyo, while tapas, esoteric forms of asceticism in Indian culture, are always presented in Japan as kugyo. The very concept of gyo, although difficult to translate, implies the cultivation and, more literally, plowing of a field, closely connected with the ascetic training of one and unique spirit and body. This type of training, inherited from Buddhist practice, is regularly used either in terms of long-term sitting meditation (joza zanmai) or in terms of continuous walking meditation (jogyo zanmai). 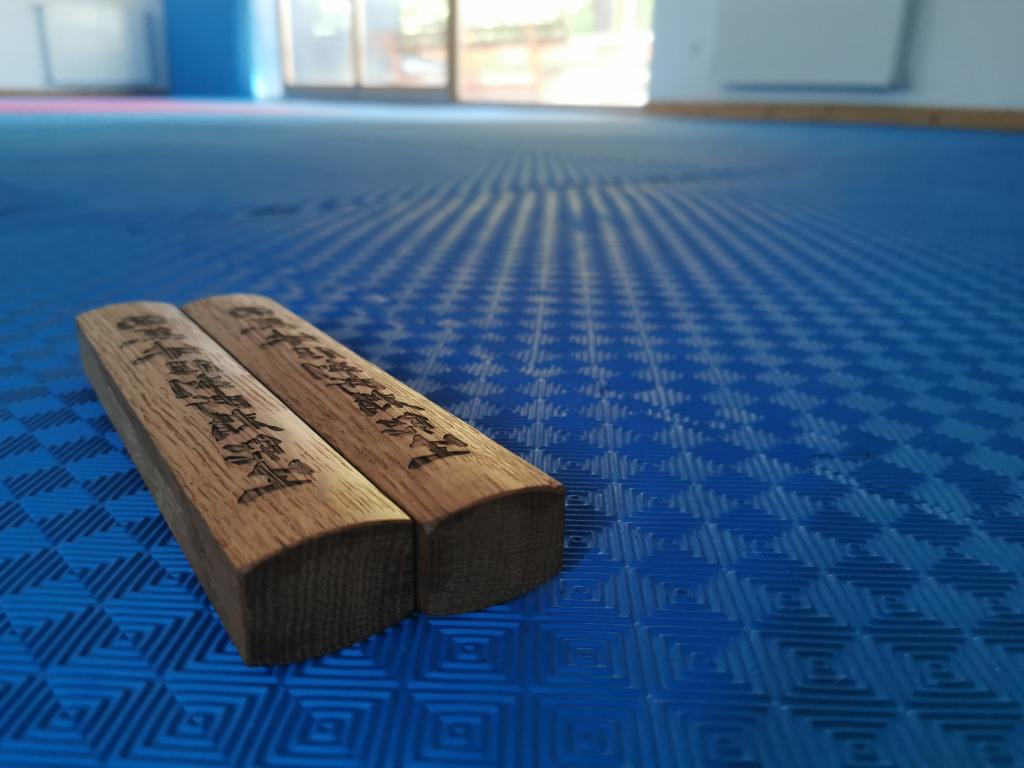 Esoteric Buddhism emphasized that deep meditation reaches three mysteries (sanmitsu) – the body (shin), which is organic and transient, the mouth (ki), which is the door to feelings, and intentions (i). Two of these elements have their physical or somatic aspect, in different meditative positions, vocal expressions and psychosomatic aspects of meditation. The specificity of all gyo-practices, furthermore, is the formal structure, repetitiveness and mantric system of vocalization, like nanatsu no chikara system in Nanbudo or misogi practice. The paradox of this system lies in the fact that, both, continuous sitting, stillness, and continuous walking and dynamic practices, at the same time, lead to the same goal, the union of mind and body, while the mind remains motionless. Without images, thoughts, notions, it seems, the mind cannot move and thus leaves room for true perception. Different strategies of penetrating one's own interior, therefore, in Japanese psychophysical training practices have shaped different teachings, such as the union of mind and body (shinshin ichinyo), their mutual crystallization (shinshin gyonen) and, finally, their complete rejection (shinjin datsuraku). The common task of each of them is, first of all, to bring the practitioner into a state of absolute beauty, embodied naturalness or aesthetic ideal (yugen).